“I spent so long thinking the future was forever away. I’m not ready for it to be now.”

It’s the summer before her sixteenth birthday, and Sabrina Spellman knows her world is about to change. She’s always studied magic and spells with her aunts, Hilda and Zelda. But she’s also lived a normal mortal life – attending Baxter High, hanging out with her friends Susie and Roz, and going to the movies with her boyfriend, Harvey Kinkle.

Now time is running out on her every day, normal world, and leaving behind Roz and Susie and Harvey is a lot harder than she thought it would be. Especially because Sabrina isn’t sure how Harvey feels about her. Her cousin Ambrose suggests performing a spell to discover Harvey’s true feelings. But when a mysterious wood spirit interferes, the spell backfires in a big way.

Sabrina has always been attracted to the power of being a witch. But now she can’t help wondering if that power is leading her down the wrong path. Will she choose to forsake the path of light and follow the path of night?

Our exclusive prequel novel will reveal a side of Sabrina not seen on the new NETFLIX show. What choice will Sabrina make…and will it be the right one?

I had a lot of fun reading this, I can’t even lie. I wasn’t sure what to expect, I never am when it comes to screen adaptations to text or spin-offs of any kind. But this was fun! I give it a solid 4 stars and I also had a fun afternoon diving into it. I love this new age of Sabrina as she struggles with coming of age, both in our world and in hers. The teen angst, the dark themes, the camp, its all wonderful and its all here too, in Sabrina: Season of the Witch.

While not adding a huge amount of new information or story progression (it is a prequel) from the television series, it does give us one experience that I thought was worth every page: a direct line into the thoughts and feelings of multiple characters that we love. I really enjoyed hearing Sabrina’s thoughts and struggles firsthand and I particularly loved hearing chapters from Ambrose, Zelda, and Hilda as well. This was a fun twist on bits of story we already know and I learned some new things about these characters in the meantime.

This was a fun, quick read that felt all the more fun and tangible for the fact that I could visualize every scene. Having seen the tv show helps with that, but the writing is also descriptive and visual and very true to the spirit of this new world. Season of the Witch is many things all at once: a light, witchy mystery; a teenage romance; a coming of age story; and a prelude of many bigger things to come.

If you’re a fan of the show then you will definitely enjoy this book. If you’re not a fan of the show, this might be a light primer for deciding if you want to dive into the deeper end on NETFLIX. Or maybe it’s just a good, little prequel you can enjoy no matter what you think about the show. Regardless, I enjoyed it a lot and I hope you do too.

SARAH REES BRENNAN is a New York Times bestselling author whose novels have been long-listed for the Carnegie Medal and short-listed for both a Nebula Award and a Hugo Award, as well as received multiple starred reviews. Her most recent novels include In Other Lands, Tell the Wind and Fire and the Lynburn Legacy trilogy.

Enter to win 1 of 5 copies of Sabrina: Season of the Witch by Sarah Rees Brennan!

Enter through this Rafflecopter form and may the odds be ever in your favor!

Do you watch Sabrina?? Leave a comment letting me know!

Thanks for stopping by, and see you tomorrow! x – A

Wow. What a whirlwind of a weekend. I had so much fun!

For those of you who aren’t familiar, I participated in a read-a-thon this weekend called 24 in 48. It runs for 48 hours and hundreds of readers all over the world try to read as many hours, up to 24, in just those two days. It’s crazy, insane, totally unadvisable, and it’s really really fun.

This Summer’s 24 in 48 started at midnight on Saturday morning and ended at midnight last night. Whew! I’m beat, honestly. And that means its time for some stats!

Number of breaks taken because the cat needed attention: 8

Number of times I lost my bookmark: Every time I took it out of the book.

Number of times I reset my timer accidentally: Too many.

Missed the updates? Here’s a peek!

I had such a fun time AND I got to put a dent in the stack of books that’s been sitting on my desk to be read this month. What did I read, you ask?

Harry Potter and The Order of the Phoenix by J.K. Rowling

I was a quarter of the way into this book when I started, and I had so much fun rereading it! It’s been years and this book is just as good as it once was.

Sabrina: Season of the Witch by Sarah Rees Brennan

This was fun! I read this in anticipation of a Blog Tour I’m participating in for this title and I enjoyed myself! It’s short, sweet, and a fun homage to the Netflix show, which I’m a fan of. Look for the review and tour on my blog soon!

The Seven Husbands of Evelyn Hugo by Taylor Jenkins Reid

Agh, I’ve already gushed about this book enough in my mini-reviews, and I may even write up a full review for it. I loved this. SO much. Taylor Jenkins Reid has proven herself an outstanding storyteller.

This was fun and not at all what I usually read, so even more fun for that fact. This is a Middle Grade novel provided to me through Netgalley and I knew nothing about it going in. Turns out it’s eerie, fun, and a sweet, sweet story.

The Voice of My Mind by T.A. Fish

Eh, I didn’t love this book of poetry. Mostly for personal preference, it just didn’t vibe with me. But it was definitely a nice break in between novels this weekend!

The Beautiful by Renee Ahdieh

I won this ARC from BookishFirst and I was SO EXCITED when I did! I needed to get this read so I could review it and I’m glad that I got the chance this weekend! Even though this is a YA fantasy, its outside the topics I usually gravitate toward (recently, anyway) so I was worried. No reason to be! This was such a lush, rich, fun read.

What did you read this weekend?? Any more #24in48 survivors?? Let me know in the comments! 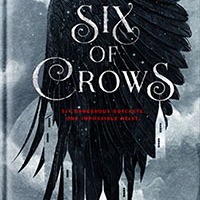 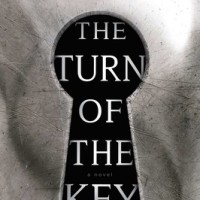