An edgy and haunting debut novel about a group of friends who reunite after one of them has returned from a mysterious two-year disappearance.

Julie is missing, and the missing don’t often return. But Elise knows Julie better than anyone, and she feels in her bones that her best friend is out there, and that one day she’ll come back. She’s right. Two years to the day that Julie went missing, she reappears with no memory of where she’s been or what happened to her.

The Return by Rachel Harrison was un-put-down-able.

I had so much fun reading this and stayed up way too late more than once to reach the end of the story. The Return was everything that I wanted in a modern horror, mystery novel: it’s murky, compelling, hypnotic, and slowly ratchets up the tension with a masterful hand. If you like horror, or even if you like thrillers or mysteries and want to try something new that isn’t too gory, this is the book for you. I highly recommend it.

This book is ultimately about friendship. As dark, mysterious, and grisly as it gets, what makes this book so great is the emphasis of the strength of female friendships through it all. If you’ve had a group of girlfriends for a long time, you know how far you would go for them. Or do you? Regardless, The Return makes you face this question over and over and over again as Elise, Julie, Molly, & Mae have to figure out the answer to this question themselves.

The friendships and characters alone were enough to keep me reading. The book shifts POVs occasionally, but I most loved and related to the primary POV character: Elise. She was broke and a little bit judgemental, sarcastic and a little crass sometimes, while giving in too much in others. She was, more than anything, just so relatable. All of her feelings, thoughts, and choices that she has to face in the story after her missing friend returns after so many years, they felt real and natural, like how I would probably react myself. Their friendships are real and deep, despite their struggles and so much time apart. Anyone who’s tried to reconnect with an old friend after too many years will find so many of their most painful moments so relatable. Mostly, I enjoyed that a group of women friends were center-stage for this story. Especially in the horror genre, I find that to be a beautiful and powerful thing in its own right.

More than anything, The Return was just engaging as hell. Even if I hadn’t known it was a thriller, each page felt like it turned itself as I couldn’t stop reading. Reading about them trying to reconnect after such an odd and all-consuming trauma was fascinating in its own right, before anything spooky even begins. After that– well, I couldn’t have put the book down then if I’d tried. Once the shadows start to recede in this mystery, this book breaks out the insane, dark and deadly in such fine form and it was a real treat to read.

Thanks so much to Edelweiss+ for providing me with a copy of this book in exchange for an honest review.

See you all on Tuesday! x 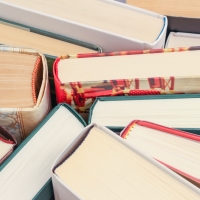